Worth waiting in ‘hell’

Its over 35 degrees, the sun is blazing, and smoke rises around us, blowing ashy clouds in our faces. For the last 3 hours we have been literally standing on piles of slowly burning rubbish which stretch as far as the eye can see. It’s a modern day gehenna, aka Gulu Municipal Council landfill. Today is the day Gulu is supposed to burn 306 boxes of sachet alcohol, the results of one wildly successful enforcement operation..

I’m impatiently pacing through the ash, making calls to determine what is causing the hold up. Wakonye Kenwa members, assorted media people, and groups from churches and mosques are sweltering and holding handkerchiefs over their noses, waiting with varying degrees of impatience.

You’d think that A) once a law with massive public support making cheap plastic-sachet alcohol illegal was passed, and B) 306 boxes of said illegal product was impounded by police, actually destroying the impounded boxes wouldn’t be too hard. Think again. This is Uganda, this is local government. This moment is a classic illustration of caution-driven paralysis that constantly threatens to grind things to a complete halt. To even reach the stage where we could be standing here in the ash, we needed to wade through:

National level corruption. The burning of sachets impounded in December 2016 was delayed for months because of resistance from the Ministry of Trade. The week before, we finally triumphed, which meant we could finally burn the impounded goods.

Obtaining unnecessary permission from Court Despite the insistence that we needed a court order, when we finally made it to the desk of the Chief Magistrate with the correct letters, he confusedly wrote a note saying no order was needed! If something is illegal, just destroy it. Sounds logical enough.

Just at the point when people were begging to leave, the truck carrying the sachets appears with an envoy of cars. The moments that followed, unbelievably, made the wait worth while.

District Councillors were so eager to burn the things they leapt on the truck to start throwing boxes down: 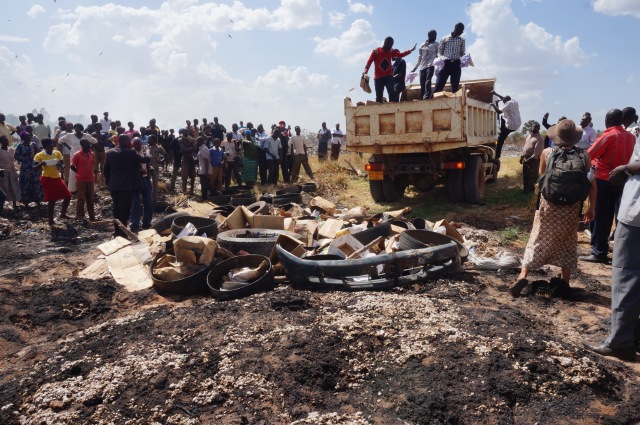 It was a decent blaze, with plenty of cheering: 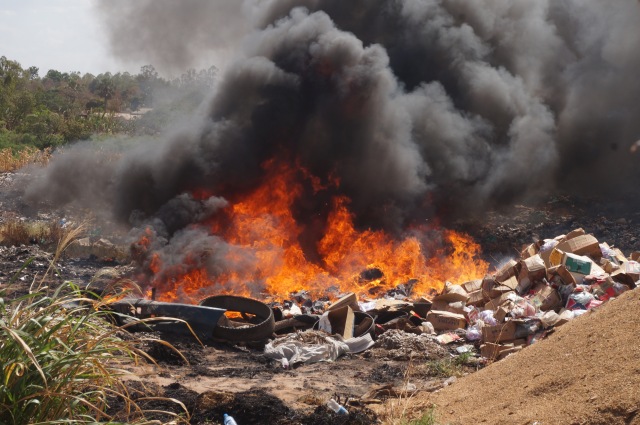 Our members got their pictures taken with their political hero, Norbert Mao, who they absolutely adore. You can tell just how excited they are: 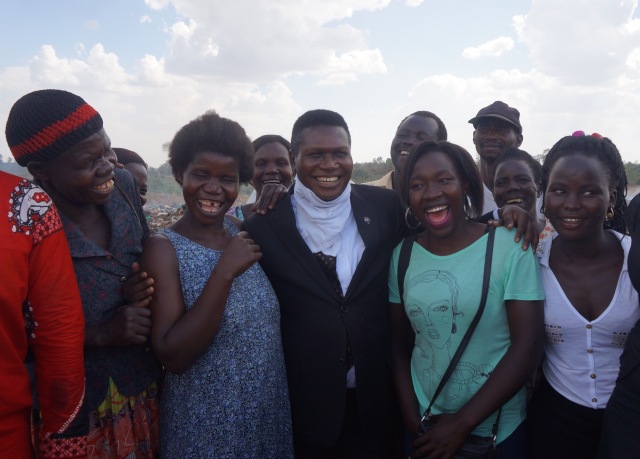 And finally, the media finally switched their camera away from the politicians and the big shots, to zoom in on members of Wakonye Kenwa group, the ordinary people who began the whole struggle for this new law. Here is Angee Santa, telling her story:

Here is the national TV coverage of the event, unfortunately this shortened version for interview doesn’t include Angee’s interview,  but its some fantastic footage!!

4 Responses to Worth waiting in ‘hell’