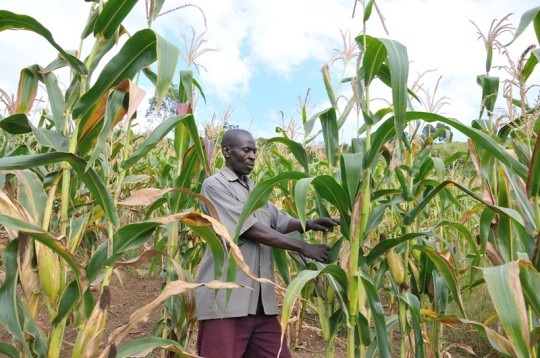 I crawled out of the fetal position, shook off my frustration, drank some jasmine tea, prayed a little prayer of perseverance, and dived into mission farming cooperative, take two. Early 2015. The group chose to stick with the familiar and plant maize again, rather than embark on a new crop.

What did we do differently this time? Essentially, 3 things:

Well, we got a brilliant seed deal, that’s for sure. The correct hybrid variety seeds arrived on time, they germinated perfectly. We bargained a great price. No complaints there. But when it came to the crunch, would our farmers bring their produce for collective sale?

Nick faithfully brought his maize- and brought a lot of it, having decided to experiment with upscaling his farming hobby. He brought 20 sacks. Another member, Margaret brought one plump sack. What about the others? It was hard to get a clear answer. Transporting produce was no longer a factor. But ultimately, farmers were still tempted by short term benefits- immediate food, and immediate sale in small amounts to go towards household needs, school fees. Its understandable. But the farmers who sold it immediately got 400 Shillings (20 NZ cents) per Kg. We stored Nick and Margaret’s maize for four months, and sold it for 800 Shillings per Kg. Thats a huge difference in profit margin!

The ultimate sinking realization from attempt 2:

If the goal is making better profits for farmers don’t farm something that can be eaten, or sold easily on the local market like beans, maize, or millet. Its just too damn tempting to sell it early, even if it compromises the groups whole plan. Go for something that is not eaten in bulk locally. Something a bit pricier, sold elsewhere in bulk to other parts of Uganda, Kenya, or beyond. Such as:  chili peppers, ginger, onions.