The time has come to document an unmitigated disaster.

“Farming. We all farm, but we are struggling. We need a farming group, so we can make bigger profit.” The words of Ocen, one of the members of our local church who convinced me we needed to start a farming cooperative in 2014.

Our fledgling group voted, and in response to overwhelmingly enthusiasm, I started researching cooperative farming. It seemed straight forward enough. Cooperative farming is successful in Tanzania, Kenya, and other parts of Uganda. Essentially, you acquire good seed as a group, train up on best methods, then each member farmer plants, weeds, harvests and processes at approximately the same time, brings their produce to a central store where it is kept until prices are high, then sold collectively. If you farm by yourself, you can’t afford to hire a store to save it till there is a shortage, and you wont have enough maize to interest a big buyer. If you do it collectively, BOOM. Higher profits.

Suburban farmers from our church

Why the epic fail?

So there were some small fails. It became obvious we needed to test seed samples before buying, and never to trust intermediary suppliers. Maybe our first failure could give us the jolt we need to actually get organised and plant at the same time.

But there were also some epic fails. At the beginning, we mapped out the location of all the farmers land. They were spread far and wide. I asked, will it really be cost effective to bring our produce to a central store? “Sure, yes, why not!” was the answer. “We’ll just hail down a passing truck, and pay a small amount to chuck our sacks on the back.”

None of the farmers with further flung farms brought any produce. It was too expensive and logistically tricky to transport it. It was much more tempting to eat the maize, and sell small amounts to get money fast.

With this in mind, we planned attempt 2. Hold your breath for the next installment. 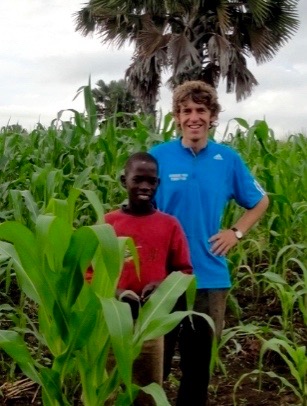