“You’ve grown SO fat! Are you pregnant?”

She prods me in various places, including my chak, which she insists must contain milk. I grit my teeth reminding myself that it is customary here to tell people returning from a long trip that they have put on weight. Its supposed to suggest you had a good time! After assuring her (only a little defensively) that I am not pregnant, I change the topic, asking:

I’ve asked many people this question since we got back, and this is almost always the answer. Nothings new? Really?

There are new speed bumps on the main road running through our center, which will hopefully prevent further deaths by speeding trucks. In a last-second bid to votes in the North, the government tarmacked multiple new roads in town, and built…wait for it…footpaths! New businesses have sprung up, including a new pharmacy that looks like Willy Wonka’s chocolate factory, painted in bold purple, white and green stripes and advertising drugs that look like candy. 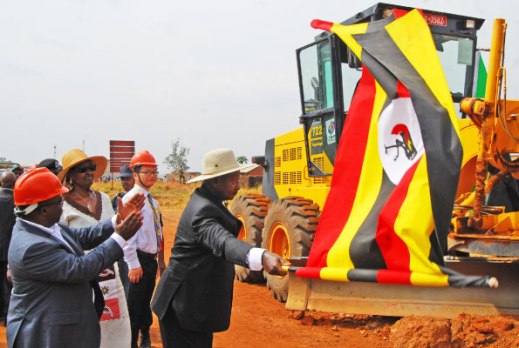 The week before we returned there was a horrific wind-spread fire, that burned over 20 grass thatched huts in our local center in under 30 minutes. Our close friend Isaac lost his home. Uganda held local and national elections, and Gulu watched as the current president cheated blatantly to remain in power. There are many new appointments to local government. An abnormally long dry season has brought massive water shortages, preventing national piped water from reaching urban-dwellers homes. The cues at the boreholes have become massive, and water prices have sky rocketed. 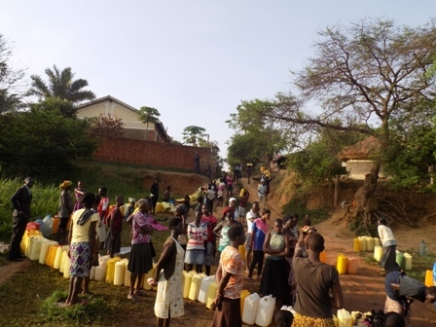 To us, there seems to have been quite a lot of change. But to someone who grew up here, perhaps it doesn’t seem like change. Businesses come, businesses go. Buildings burn down, and new things built. Museveni has been in power for thirty years, and that certainly didn’t change this election. Droughts come, rain comes back.

But someone coming back from a trip always changes…. they are always fatter!